City of Charlotte to Pay Owner $8.3 Million for Land for Airport Expansion 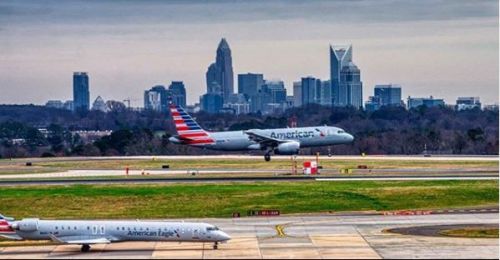 The City of Charlotte has opted to avoid the potential turbulence of a condemnation action and agreed to pay $8.35 million for eight acres of land earmarked for the expansion of Charlotte Douglas International Airport after having initially threatened to condemn the land, the landowners’ attorneys report.

Tommy Odom and David Murray of The Odom Firm in Charlotte report that the city announced in 2017 its intention to acquire two parcels that their client owned, both near the airport’s entrance. At the time, half of the property was used as overflow parking for an offsite airport parking lot, and the other half was vacant. The city offered $2,425,000 for one parcel and $2,067,000 for the other, Odom said.

“They said that they were going to take the property and were going to use eminent domain unless they sold it to them,” Odom said. “We pushed back on that, saying we didn’t think the city had the authority to take it, and they suggested we go to mediation.”

Odom said that experts were able to show that the property was very valuable because of its potential to be developed into 700 parking spaces near the airport.

The case settled at mediation prior to the condemnation action being filed, Odom said. The Charlotte City Council approved the payment on January 27, 2020.